How to Properly Retire An American Flag 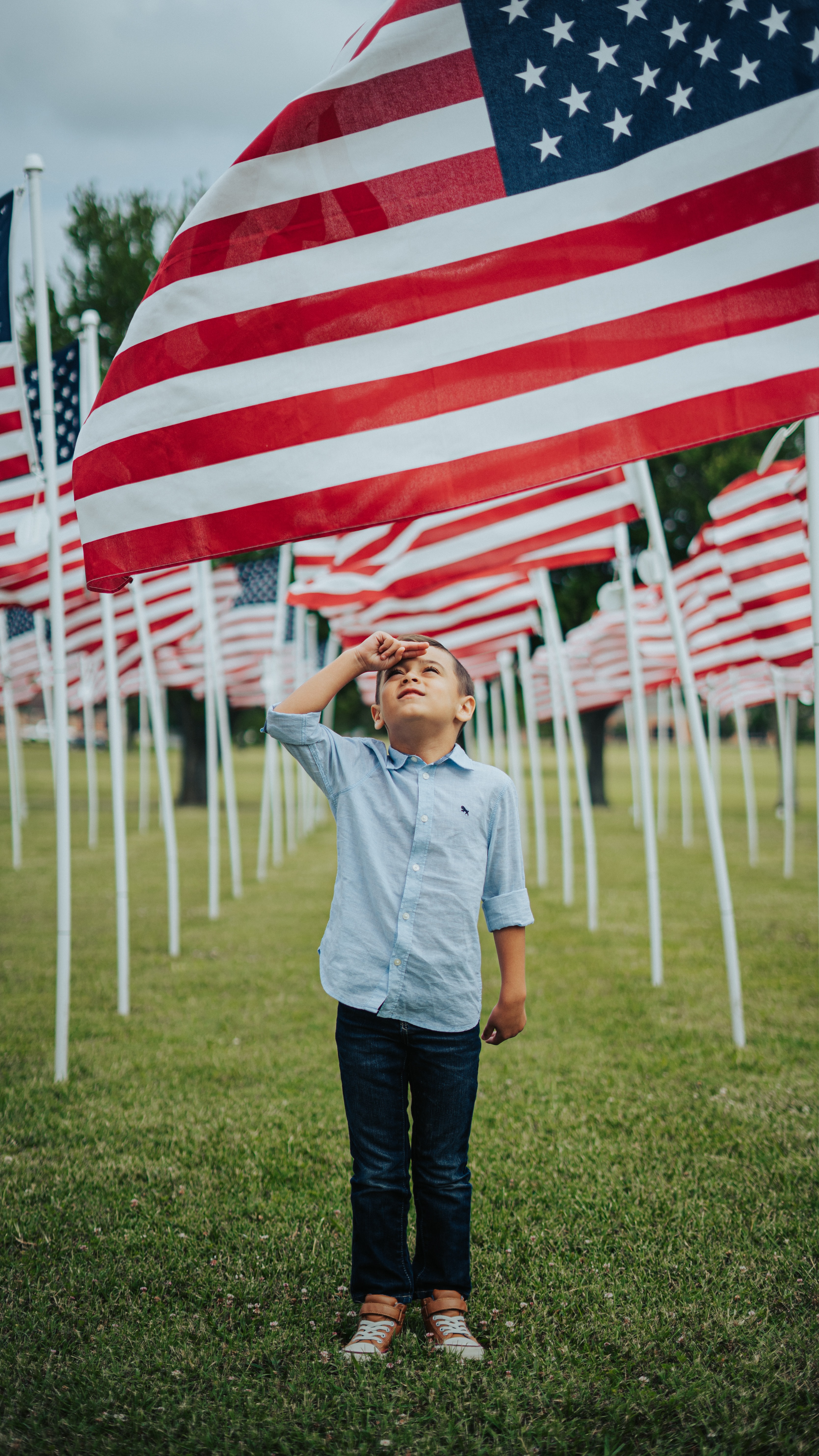 This past Memorial Day, the red, white, and blue of our country’s flag waved patriotically across our cities and towns. Perhaps you proudly displayed your flag in observance of the holiday, as you do each holiday, or maybe you fly your flag all 365 days of the year. Whatever the case, it might be that your flag is no longer looking as sharp as it once did, and you might be considering replacing it but aren’t really sure what to do with your old flag once you do. Well, here’s some helpful advice on the topic.

You may have heard that the proper way to retire a worn U.S. flag is to burn it. Here’s what the U.S. Flag Code says about that:

“The flag, when it is in such a condition that it is no longer a fitting emblem for display, should be destroyed in a dignified way, preferably by burning.”

If you are considering this method of retirement for your flag, here are the proper steps to take:

First, the flag should be folded properly into traditional triangle form, as demonstrated here in this video from Military.com. Before placing your flag onto the flames, the fire should be going strong enough so that your flag will be entirely consumed. Once it’s placed into the fire, those present can salute the flag, recite the Pledge of Allegiance, or hold a brief period of silent reflection. Once the flag has been consumed entirely and the fire extinguished, the resulting ashes can be buried.

If you’re uncomfortable with the idea of retiring your flag by fire, or if your local ordinance doesn’t allow open burns, there are other options. One is burying your flag. First fold your flag in the traditional triangle form, place it in a dignified box, then bury it.

You can also pass your retired flag onto an organization or government entity that accepts retired flags. Often police stations, governmental buildings, and organizations such as the VFW, American Legion, or scouting groups have flag drop boxes in which people can deposit their retired flags. Some towns and cities also hold retired flag collection drives on patriotic holidays like Memorial Day or the 4th of July. Collected flags are either recycled or eventually retired in a flag burning ceremony.

While we’re on the topic, here are some facts about our flag:

A flag doesn’t actually have to be burned if it touches the ground, according to U.S. Flag Code.

The red of our flag symbolizes hardiness and valor; the white: purity and innocence; and the blue: vigilance, perseverance, and justice.

Though you may already know this: the stripes of our flag symbolize the Original 13 Colonies and the stars represent the 50 States of the Union.

Our flag has seen a total of 27 variations over the years. The current representation of our flag, with its 50 stars representing our 50 states, has been around longer than any other version.

The “Old Glory” nickname for our flag is said to hail from the one flown on the ship of Massachusetts sea captain William Driver (1803-1886). You can find out more about Driver and the history of his flag here on TennesseeEncyclopedia.net. Other nicknames for our flag are, of course, the Star Spangled Banner and The Stars and Stripes.

The U.S. Flag code outlines the rules for the dignified care, treatment, and display of our flag. For example, if a flag is to be flown at night, code calls for the flag to be illuminated; on Memorial Day, the flag is to be kept at half mast until noon, and then raised; our flag should be raised briskly and lowered ceremoniously - these, and other interesting flag etiquette, are outlined here on Military.com.

A year of daily grief support

Our support in your time of need does not end after the funeral services.  Enter your email below to receive a grief support message from us each day for a year.  You can unsubscribe at any time.